Save 10% On All Jewelry Free Priority Shipping on $70 or More! 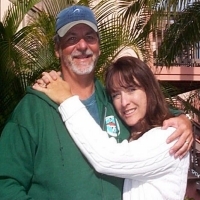 We are the oldest FULL TIME Professional sea glass jewelry company in the world. Online for over 30 Years!

I pride myself on top quality rare sea glass collected from beaches around the world!

We are Internet's oldest sea glass jewelry site and first to individually photograph each and every piece sold, and the oldest full time sea glass jewelry company with over 3.6 Million in retail sales. Many of our customers are repeat customers (see our Reviews tab for more info).

By The Sea Jewelry Has Moved Again!

After 32+ years living on the coast at sea level, we have moved to the mountains of Western North Carolina where we plan to keep working and eventually retire in the cool quiet of this national treasure, the Blue Ridge Mountains.

"Manteo to Murphy" was a campaign slogan and we are living it as we have lived at both ends of the state. This location gives us a larger studio and makes it easier to visit family. Over the next five years we will be slowing down and getting ready to retire. We have also recently retired from doing art shows. 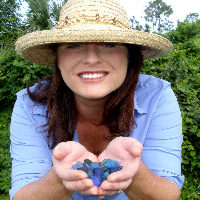 Linda Jereb - "I have been designing and selling Sea Glass Jewelry from my home and studio since 1990. I was schooled in commercial art and graphics and have a background in sales and marketing."

"I discovered sea glass when I moved to the Outer Banks of North Carolina in 1988, and have been collecting these lovely frosted gems ever since. I have amassed a collection of sea glass at over 1000 pound collection (see Our Collection) from both the OBX (The Outer Banks of NC) and from around the world but I sill get a special thrill when I hold a unique and rare piece in my hand."

"My designs are based on my love of sea glass. I always try to leave a bit of glass open so the wearer can reach up and feel the wonderful texture of the frost that is the telltale sign of top quality Certified Genuine Sea Glass TM. We maintain the highest quality of work and materials and use the best and rarest sea glass in the world."

"I am also a licensed NC Real Estate Broker (Inactive), a Vocalist and have helped to win several surf fishing tournaments. When not making jewelry, I can usually be found fishing with my husband Jim and our dogs Ben and Molly or in the woods foraging for mushrooms and wild edibles."

“Integrity can be neither lost nor concealed nor faked nor quenched nor artificially come by nor outlived, nor, I believe, in the long run, denied ” - Eudora Welty

"The difference between Genius & Stupidity, is that Genius has it's limitations" - attributed to Albert Einstein 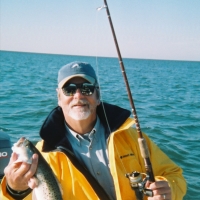 I have recently semi retired but continue to help Linda in the business. I hope to get back to my roots and do a lot of trout fishing and hunting here in the Blue Ridge Mountains.

"Everyone should believe in something, I believe I'll go fishing" - Henry David Thoreau

Linda established By The Sea Jewelry and it is the oldest internet sea glass company in the world with retail sales over $3.6M. Though the sea glass industry has greatly grown, By The Sea Jewelry remains a favorite site among sea glass collectors the world over! Her passion for these diminishing gems and her integrity has kept her a leader in the Sea Glass industry. She has also been featured in numerous print articles, on two television appearances (one National on NBC and one local on Eastern North Carolina WITN). She has also done  and a radio spot, as well as several exclusive gallery exhibits. (see The Press for more).

She is also founder of Seaglasslovers which first appeared on the Ning Network and now is exclusively the largest online community for collectors on Facebook Group of nearly 37,000 members in over 48 countries. Seaglasslovers was started as a way to network sea glass collectors and provide more information than her jewelry site would allow. Members of SGL currently share over 70,000 photos, hundreds of beach locations, craft and display ideas and much more. The site has experts to help with shard id and other sea glass related questions.

Linda was one of the founding board members of the NASGA, a group formed by professional sea glass collectors, authors, artisans, and retailers. The NASGA is an organization that was founded on a primary goal: To inform collectors and retailers about the inherent properties of genuine sea glass versus the artificial, tumbled craft glass, which is commonly being sold and often misrepresented as real sea glass. This is a goal she has tirelessly works for on her web site and at art shows for 3 decades. It was Linda's first efforts to get sellers of craft glass to disclose that it was man made and not found sea glass that inspired a fellow sea glass collector in San Francisco and a famous author to organize the NASGA.

Those involved in the creation of the NASGA are leaders in their fields and respected members of the sea glass community: Charles Peden of By The Bay Treasures, Richard LaMotte author of Pure Sea Glass , C. S. Lambert author of Sea Glass Chronicles and other artists in other retail sea glass business.

Gathering inspiration from nature and the beach, her other unique designs include: Squiggles™ and Waves™ a distinctive signature wire wrap setting seems to mimic the sand after the tide has receded. Sea Swirl™ - A simple basic design reflective of a spiral shell.

Linda's Original and Deluxe Wire Bezel Setting© is a setting that leaves both front and back of the sea glass open so the wearer can reach up and feel the glass. Linda has also been apprenticing with a master silver gold smith and is now offering limited editions silver smithed settings.