Read our numerous press releases and coverage over the years. 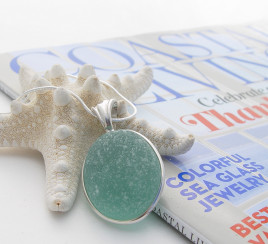 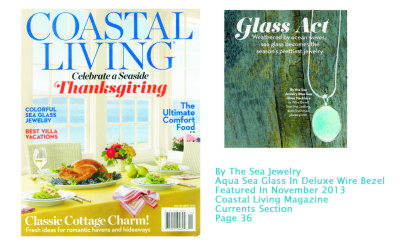 Our Original Deluxe Wire Bezel setting has been FEATURED in an article in the November issue of Coastal Living Magazine.

An awesome new wire craft book featuring sea glass. We are proud to have one of our By The Sea Jewelry - Deluxe Wire Bezel© pieces featured in the gallery section.

"Gemstones Of The Beaches"
By Steve Yoynick

Interview With By the Sea Jewelry Owner - Linda Jereb to appear in Rock And Gem Magazine. Featured in 4 full pages and 5 color photos. 3 supplied by the sea jewelry photos.

Since 1971, Rock & Gem has been the leading magazine for the lapidary and mineral hobbyist. Not a trade journal and not a scientific dissertation, it speaks to the average rock hound, providing just the right blend of entertainment and satisfying information. Hobbyists & diehard diggers alike will find something to enjoy .

Look for a feature story by George White, Pulitzer nominated journalist, about Sea Glass and featuring an interview with Linda Jereb and photos of some of our glass in the studio.

By The Sea Jewelry.com is listed in the bibliography on our What Is Sea Glass page as a source for their information on a section about sea glass.

A photo from By The Sea Jewelry is featured in the new book by C.S. Lambert - A Sea Glass Hunters Handbook.

Many of our Seaglasslovers members photos were also used in this book and Sea Glass Crafts also by C.S. Lambert 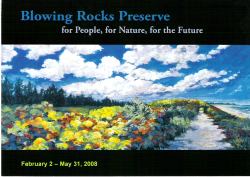 The Nature Conservancy will feature Linda and 3 other artists in their Annual Art Exhibit this winter. Works from the artists will be available for 4 months in the gallery from 2/2 until 5/31/2008 The dynamic landscape of Blowing Rocks Preserve is captured in the pastel paintings, photography, clay sculpture and sea glass art of four artists. This marine sanctuary not only sustains diverse populations of plants and animals - but has a special connection to our surrounding human communities.

More information about the event 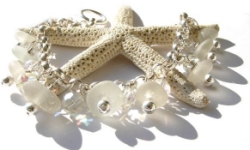 Our Diamonds In The Dunes Bracelet Tm will be featured in the 2008 May/June Issue of Figure Magazine, available on newsstands everywhere-diamonds in the dunes sea glass bracelet

By The Sea Jewelry

was featured in 50 Simple Steps

in the Green Gifts Section 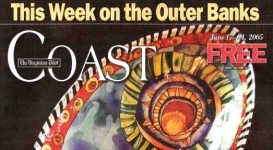 For a full Press Release With Pictures & Video - Click Here

I was honored to appear on the Later Today show in New York City. An exciting event for us, we were flown to NY, and put up in accommodations at a Park Avenue Hotel.

The segment was LIVE - not recorded!

Misc Articles of By The Sea Jewelry In The Press

Nationally Syndicated Article by Gaile Robinson -Featured in over 40 Newspapers

9/11/01 By The Sea Jewelry PROUDLY donated ALL sales proceeds for an entire week following 911 to the American Red Cross.

We raised over $1000 and donated this money directly to the RC. Thanks to all of our customers for helping us to aid those who lost so much!

7/18/2002 (please note my name was misspelled as Jareb it is Jereb, HA!)Bits of Trash turned treasures by the sea....READ MORE

By The Sea Jewelry on the Internet

Think About It Thursday - Where does sea glass come from?